Transcript from HouseSmarts, Lou Manfredini’s Interview Of The NeverMeasure Team at the Ace Dealer Convention. 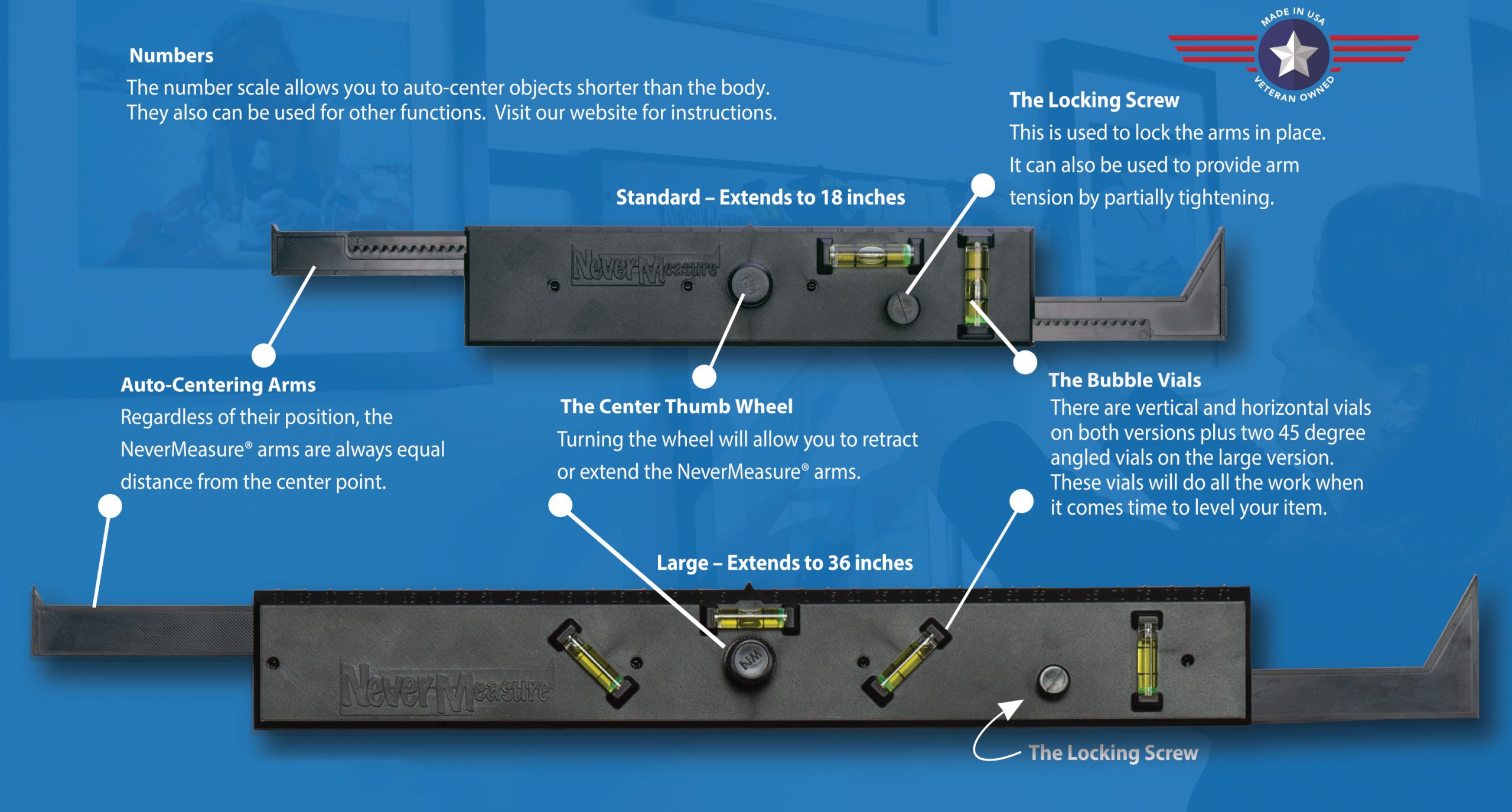 This is the standard version of the NeverMeasure Picture Hanging Tool. The body size is 9.5 inches and arms that extend to approx. 18 inches. Integrated levels for horizontal, vertical, and 45 degree alignment allows for multiple orientations.

This is the large version of the NeverMeasure Picture Hanging Tool. The body size is 18″ and arms that extend to 36″. Integrated horizontal, vertical, and 45 degree levels allows use in multiple orientations.

This set includes both the standard (approx. 18 inch) and large (36 inch) versions of the NeverMeasure Picture Hanging Tool. Integrated horizontal, vertical, and 45 degree levels allows use in multiple orientations.

FINISH YOUR PROJECTS WITH EASE

FIND US AT THESE RETAILERS 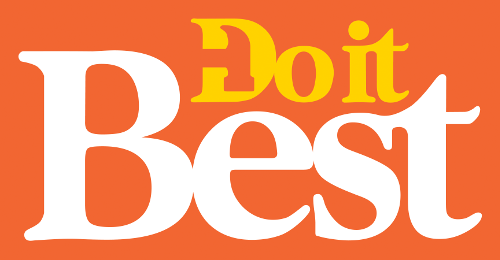 NeverMeasure selected as a 2020 Global Design and Innovation Award winner by the International Housewares Association. 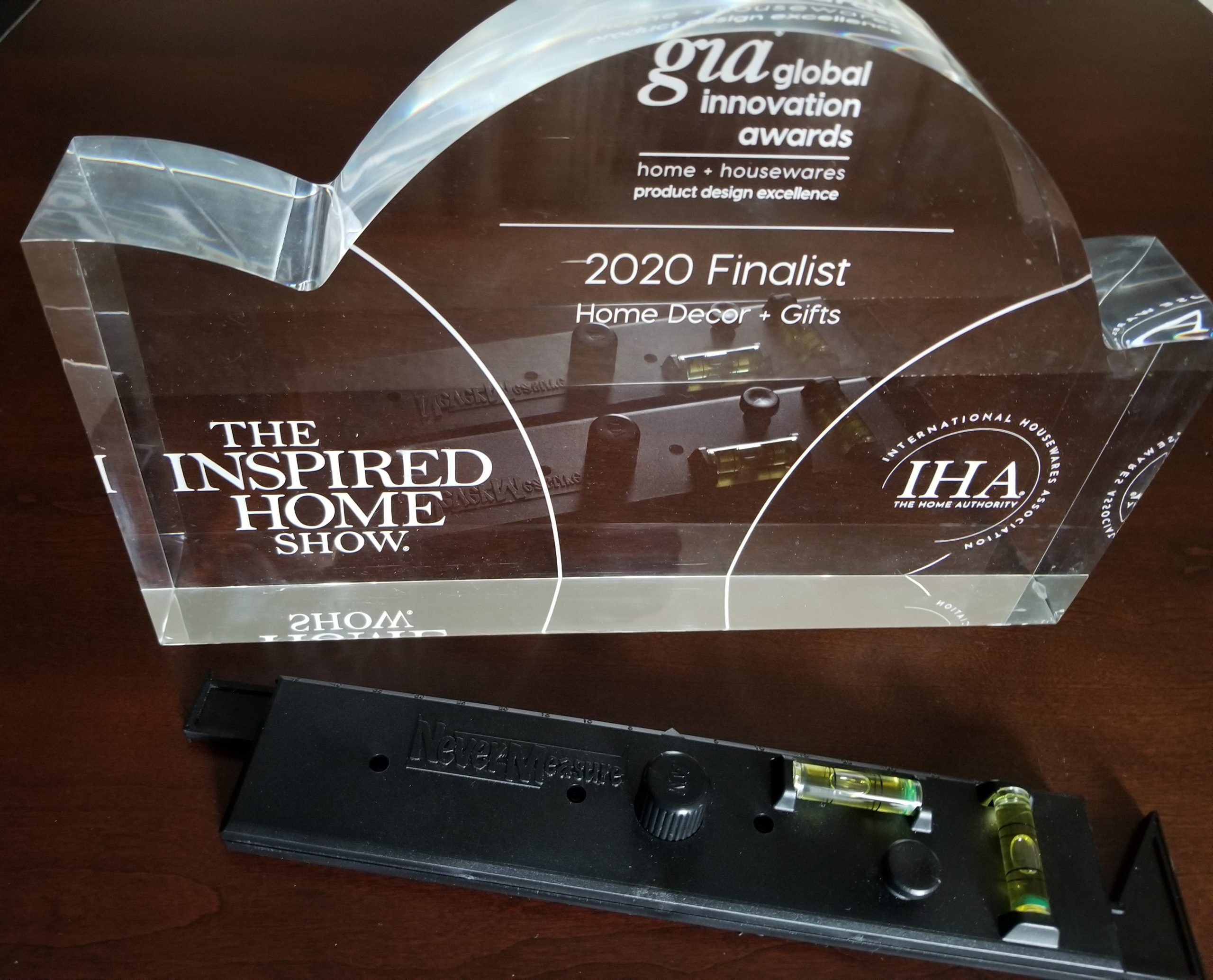 NeverMeasure selected as a finalist for an Innovation Award at the International Housewares Association’s Inspired Home Show. 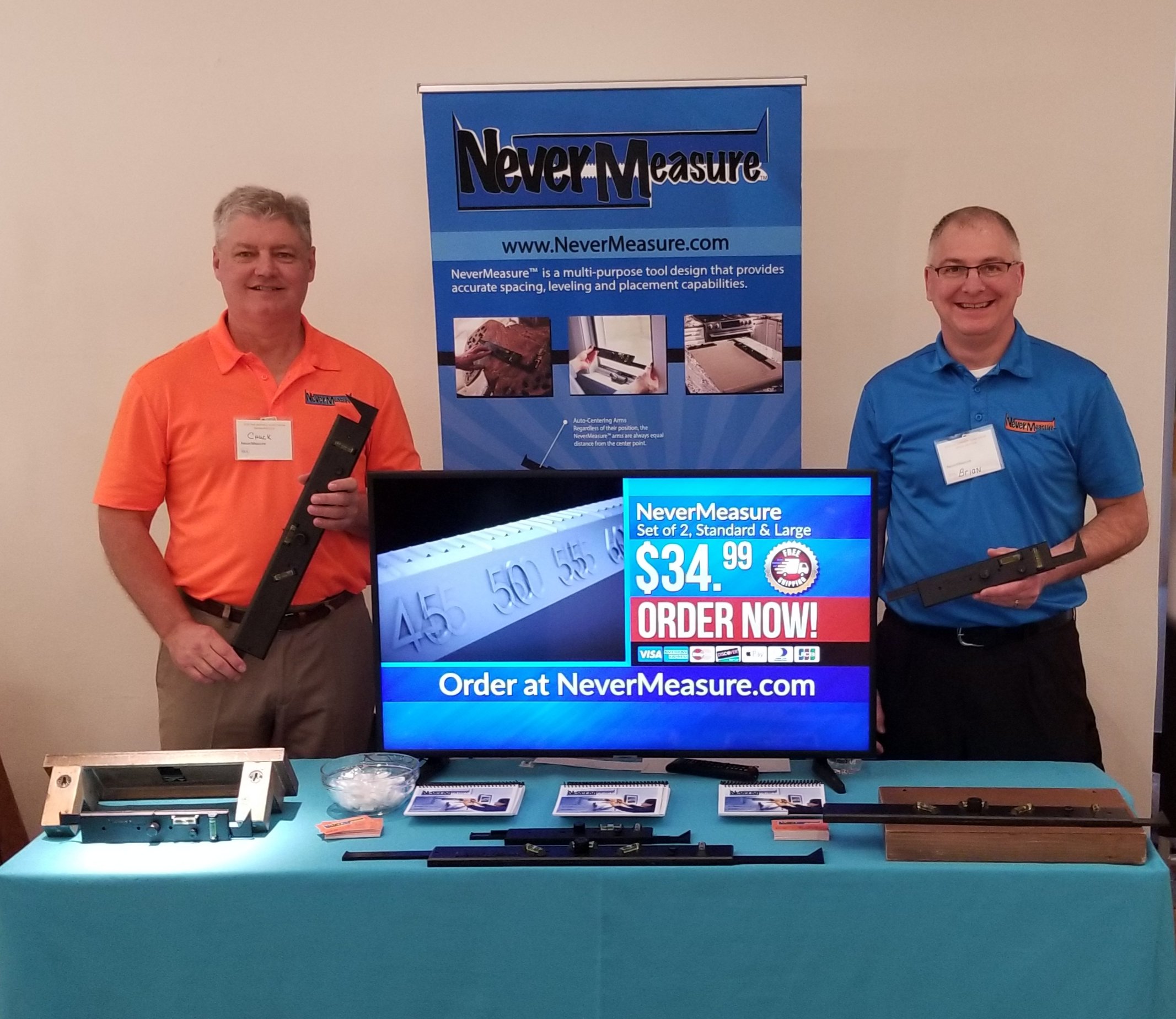 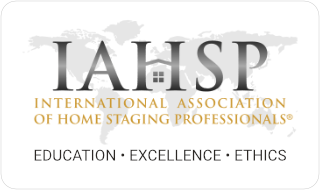 NeverMeasure is pleased to announces a partnership with the International Associate of Home Staging Professionals.

Unique Items to Hang on Your Wall

Getting Rid of Nail Holes